Actor and Comedian John Witherspoon Dead at 77: ‘He Was a Legend in the Entertainment Industry’ 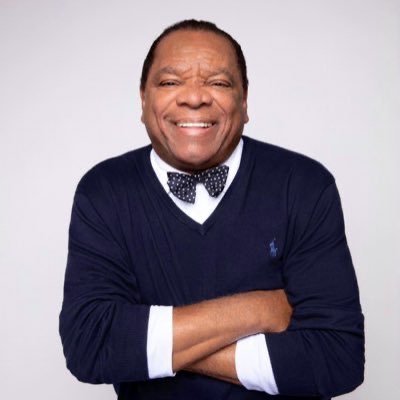 Actor and Comedian John Witherspoon Dead at 77: ‘He Was a Legend in the Entertainment Industry’

Actor and comedian John Witherspoon has died. He was 77.

Late Tuesday night, Witherspoon’s family revealed in a statement posted on his Twitter account that the star had passed away.

“It is with deep sadness we have to tweet this, but our husband & father John Witherspoon has passed away,” the tweet read, which was accompanied by a photo of Witherspoon smiling widely.

“He was a Legend in the entertainment industry, and a father figure to all who watched him over the years. We love you ‘POPS’ always & forever,” the statement concluded.

He is survived by his wife Angela, whom he married in 1988, and his sons Alexander and John David Witherspoon.

John David spoke out about his dad’s death, sharing a series of sweet childhood memories on Twitter.

“So… my Dad died today & honestly I’m not sure how to feel. I’m sad, but I’m also happy 4 all the great times we had together. We’d roast each other like homes more than Father & Son, and I really liked that. He was my best friend & idol,” John David expressed.

Witherspoon died on Tuesday at his home in Sherman Oaks, California, according to Deadline.

The family further opened up to Deadline, saying, “We are all in shock, please give us a minute for a moment in privacy and we will celebrate his life and his work together. John used to say ‘I’m no big deal,’ but he was a huge deal to us.”

Witherspoon’s cause of death is not immediately clear.

He later would go on to work in film starring in the comedy Friday alongside Ice Cube and Chris Tucker.

He quickly became known as “Pops” to many fans through his role as John Williams, the father of Marlon (Marlon Wayans) and Shawn Williams (Shawn Wayans) on The Wayans Bros, which ran from 1995 to 1999.

Witherspoon also acted as Robert “Granddad” Freeman on the cartoon The Boondocks and starred in the Tracy Morgan Show.

Conclusion: R.I.H to the Legend you will be greatly missed.