Steve Wozniak warns people to get off of Facebook 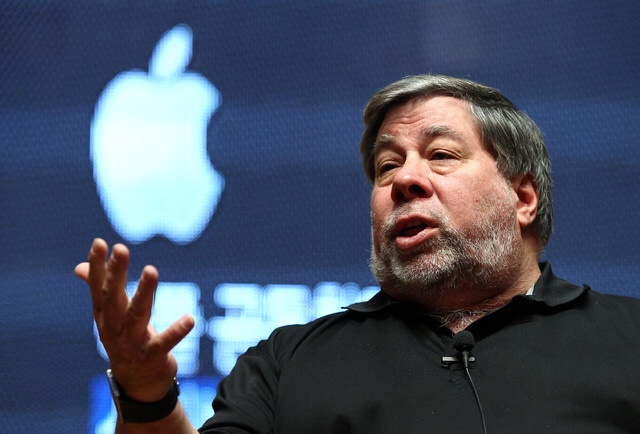 Steve Wozniak warns people to get off of Facebook

Apple cofounder Steve Wozniak deleted his personal Facebook account last year and is now telling everyone else they should do the same. Woz was stopped by TMZ at Reagan National Airport in D.C. recently and warned that the lack of privacy on the platform isn’t worth it for most people, adding a warning more generally, “who knows if my cellphone is listening right now?”

“There are many different kinds of people, and some the benefits of Facebook are worth the loss of privacy,” Wozniak told TMZ to many like myself, my recommendation is—to most people—you should figure out a way to get off Facebook.”
https://youtu.be/2XLnnLyx7nQ

Woz said that while he’s worried about the invasions of privacy by Big Tech, he didn’t think there was anything that could be done to stop it.

“But, everything about you… I mean, they can measure your heartbeat with lasers now, they can listen to you with a lot of devices. Who knows if my cellphone’s listening right now. Alexa has already been in the news a lot,” Woz told TMZ.

“So I worry because you’re having conversations that you think are private… You’re saying words that really shouldn’t be listened to, because you don’t expect it. But there’s almost no way to stop it,” Woz said.

Wozniak originally dumped Facebook just three weeks after the Cambridge Analytica scandal broke in March of 2018. That scandal revealed that private firms were using Facebook data to help manipulate the 2016 presidential election in favor of Trump by monitoring user moods and behaviors on the platform. Facebook has since been implicated in plenty of other transgressions, including being complicit in genocide in Mayanmar according to a report from the UN. Facebook admitted that its platform had been used to “foment division and incite offline violence.”

Wozniak’s solution, which you can hear in the the entire TMZ video on YouTube, is one that has admittedly been floated before: Just let everyone pay for their privacy.

“People think they have a level of privacy they don’t. Why don’t they give me a choice? Let me pay a certain amount, and you’ll keep my data more secure and private then everybody else handing it to advertisers.”